What does USA mean? 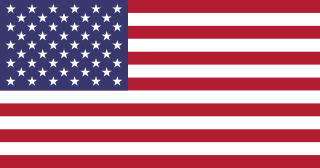 United States of America (USA or U.S.A.), also called the United States (US or U.S.) or America, is a federal republic composed of 50 states, a federal district (District of Columbia), five major territories, and various minor islands. The USA is located in North America, and lies between the Pacific and Atlantic Oceans, bordered by Canada to the north and Mexico to the south.

What is the full form of USA?

The full form of USA is United States of America

What are the full forms of USA in Regional?

What are the full forms of USA in the United States?