What does MK mean? 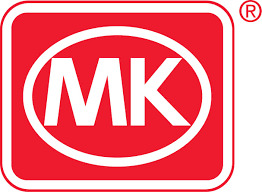 MK Electric is an electrical devices and accessories manufacture headquartered in Basildon, Essex, England, United Kingdom. The company was originally founded in 1919 by Charles Arnold as Heavy Current Electric Accessories Company. Multy Kontact socket, patented by Charles Arnold was the flagship product of the company at that time.
Multy Kontact socket (3-pin socket) soon became a market leader and the British Engineering Standards Association (BESA) changed standards to adopt this new product. The company was then renamed MK Electric after its flagship product.

What is the full form of MK Electric (Name Origin)?

The full form of MK is Multy Kontact

What are the full forms of MK in Business?

What are the full forms of MK in Worldwide?