What does PEKKA mean? 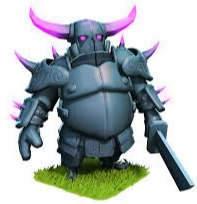 P.E.K.K.A is a mythical troop existing exclusively in the game Clash of Clans, a video game developed and published by Supercell. P.E.K.K.A originally stood for nothing, but Supercell held a Facebook contest to see who could make the best name for P.E.K.K.A. Perfectly Enraged Knight Killer of Assassins was voted the best.

What is the full form of PEKKA in Computing?

What is the full form of PEKKA in Worldwide?