What does Kodak mean? 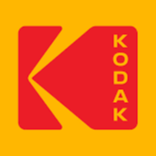 Eastman Kodak Company or Kodak is an American technology company that produces imaging and photographic materials and equipment. Both the Kodak camera and the name were the invention of founder George Eastman. The letter “K” was a favorite with Eastman; he felt it a strong and incisive letter. He tried out various combinations of words starting and ending with ‘K’. He saw three advantages in the name. It had the merits of a trademark word, would not be mispronounced and the name did not resemble anything in the art. There is a misconception that the name was chosen because of its similarity to the sound produced by the shutter of the camera.

Find translations of from the letter K, the favourte letter of Gorge Eastman (founder)
in {{translation?.name}}